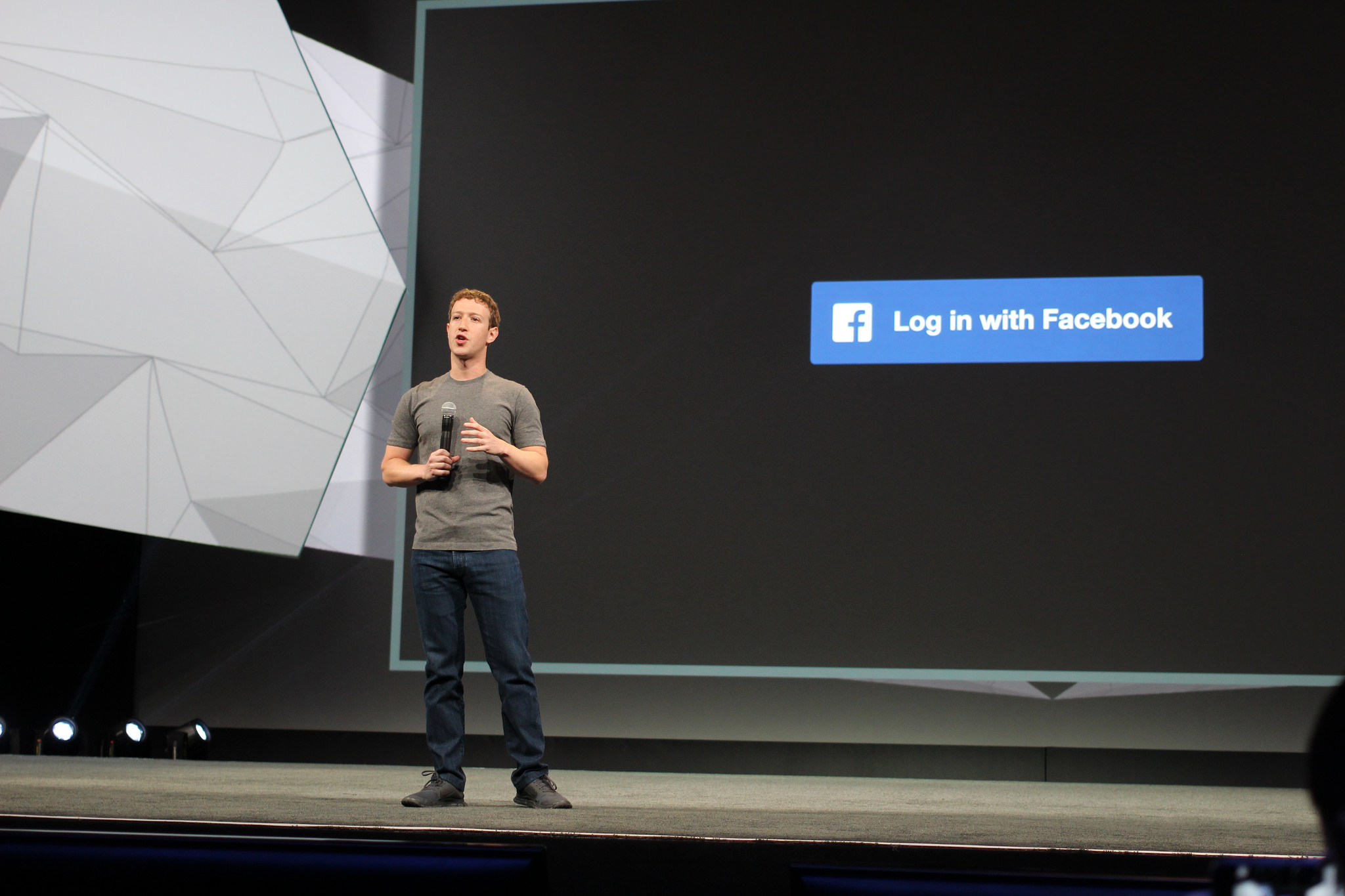 The Golden Age of the Internet and social media is over

A little over three years ago I authored a blog post for husITa that detailed a study I conducted on New Media Literacies and Participatory Culture. In that post, and the study it was based on, I talked about the need for new media literacies, social and cultural competencies, and how increasing digital competence relies in part on developing these skills “because students and educators now find themselves in a digitally mediated society.” To be completely clear, we also need this for professional and ethical practice in human services. But, after spending the last several years on a soapbox of sorts, calling out to others through the literature and on social media to become more digitally literate I can’t help but feel a sense of disbelief, grief, or I don’t know how to express it other than with the face palm emoji 🤦‍♂️ 🤦‍♀️. Before I keep going I need to be transparent and express the fact that I am looking at this through a fairly U.S. centric lens, please do forgive me. However, I think many around the world are justifiably concerned about the increasing lack of privacy, massive data breaches, fake Internet bots, and the emerging dystopia of technology that may inevitably overcome this world. A very bleak introduction, I know, but it gets better and more positive, I promise.

Some argue that we can look back to George Orwell’s 1984 and the dystopian technological future depicted in his novel as a sort of “told you so” moment for our current digitally mediated society. Other’s might disagree and say it’s not government oppression through technology but rather other powerful, perhaps greedy, interests that exert oppression upon society through technology, algorithms, or user design principles that demand attention. They could rightly point to Aldous Huxley’s Brave New World dystopian novel that exemplifies what has happened as we amuse ourselves to death. But are we really living in a dystopian future?

The Golden Age of the Internet and the burgeoning scene of social media from 2004 to 2009 offered so much promise. From seeing viral videos to social movements, the world has definitely been impacted by these tools. In 2006, John Dvorak wrote about the coming end of the Golden Age of the Internet by essentially saying privatization would ruin it all and that we should simply enjoy it while we can. I think he was partly right as we have now seen how big some of these social media companies have gotten and how our data has been misused, ah-hem Facebook! Here in the U.S. we have seen the end of Net Neutrality and the rise of disinformation online. Perhaps we are living in that dystopian future spoken of by Huxley and Orwell? This begs the question, why are we all still using social media?

At the risk of plagiarizing myself, I actually wrote about this idea a bit on my own blog, I am going to copy some of what I wrote about nearly two years ago. The answer to the question above is fairly simple. We crave connection! We are human beings and being social is part of our DNA. Clearly we are social, which is part of why social media has been a tremendous success. Social and digital media have created amazing avenues for connection, fostered new ways of learning, and opportunities beyond belief. Has social media also created problems? Yes! New research suggests potential negative mental health factors associated with social media. But to be fair research also shows positives to social media use as well, it seems the negatives are always sensationalized. This sensationalizing actually parallels a bit of what I’m discussing here but that is another blog post entirely.

We have seen the positive and negative sides of social media, but my point is that we (the collective Internet) had high hopes for what social media could do by contributing to new ways of learning, fostering connection, and creating opportunities. Noted philosopher and media communications scholar Marshall McLuhan once stated, “We shape our tools, and thereafter our tools shape us.” I don’t believe we can simply blame social media for all of society’s problems because social media is simply a tool. A tool that we have collectively shaped, which now shapes us. As we continue to use social media to get our news, connect with others, or for whatever reason, we need to step back and regain control. We need digital literacies, but we need so much more. We need to think more critically, increase our empathy for others, engage in civil dialogues, and be kind when we disagree.

It is really kind of interesting because an anthropologist named Mike Wesch from Kansas State University gave a talk at the Personal Democracy Forum in 2009 on some of these ideas. What struck me the most back then and also rings true today is his idea of Connection without Constraint and the cultural tension that I see happening online, primarily on Facebook. Dr. Wesch describes this cultural tension as being the fact that we as a culture express individualism but want community, express independence but seek out relationships, and express commercialization but value authenticity. In the middle of all this is that idea of connection and we all want connection, clearly, if this was not the case then social media would cease to exist. However, we see connection as inherently constraining. It takes time to have meaningful conversations, so why not just tweet? It is discomforting when I disagree with someone in person, but online the anonymity of the Internet prevents one from facing that emotion.  Wesch goes on to explain, much like McLuhan, that media mediate relationships and when media changes, relationships also change.  You can see Dr. Wesch discuss this more thoroughly with some great and humorous examples in the video below.

Now, in the current context of our digital landscape, we are at a crossroads. I still believe social media and digital technologies offer the same potential that we all cheered for years ago. I still believe that digital literacies can help us regain control of social media to ensure those positive opportunities are not lost. However, I have come to realize that there are forces that wish to use digital literacies for their own, sometimes oppressive, agenda. In the last year I have seen more and more researchers like danah boyd suggesting that digital literacies are not enough. Given that some on the Internet have weaponized these tools, I believe she is right. Moving beyond digital literacies means thinking about the epistemology behind digital literacies and helping to “build the capacity to truly hear and embrace someone else’s perspective and teaching people to understand another’s view while also holding their view firm” (boyd, March 9, 2018). We can still rely on social media for our news but we really owe it to ourselves to do better in further developing digital literacies, and knowing that just because we have discussions through screens that we should not be so narcissistic to believe that we MUST be right or that the other person is simply an idiot. We don’t have enough information to fully understand their logic nor do they have enough to understand ours. It’s kind of like fighting with your partner via text message. You have to know that it doesn’t matter what kind of emoji you use; the other person is likely not going to understand your implied sarcasm or other messages you are trying to convey. Instead, give them a call or better yet try to have a meaningful discussion in person.

Where do we go from here? As I mentioned previously, I still believe in social media and the concept of digital literacies. I think we can still contribute to the Participatory Culture of social media and we can do it in a fun, meaningful, and civil way. We can encourage young people to learn from others that have the kind of knowledge that will help us become more than what we are now. We can learn from our mistakes and know when it is time to turn off our screens and re-center ourselves in a way that allows us to contribute to a culture of hope rather than fear. We need to understand the difference between opinion and journalism. We need to be comfortable in agreeing to disagree.  We need to become comfortable in rooting out social and economic injustices online and off. We already have the tools, but we as the public need to take them back and use them in positive ways. Civility in the 21st century still requires authenticity, accountability, and in some sense transparency. We should not let algorithms and monied interests dictate the narrative or co-opt it in a way that only benefits them. We need not amuse ourselves to death!

What do you think? Leave a comment below and if you feel so inclined to join us in our mission to encourage the ethical and effective use of technology, then connect with us via social media or our email listserv. I for one look forward to connecting with others and continuing the conversation.

← Call for papers from the upcoming husITa18 conference
Winners of the Best Human Services App Idea Award 2018 →
%d bloggers like this: