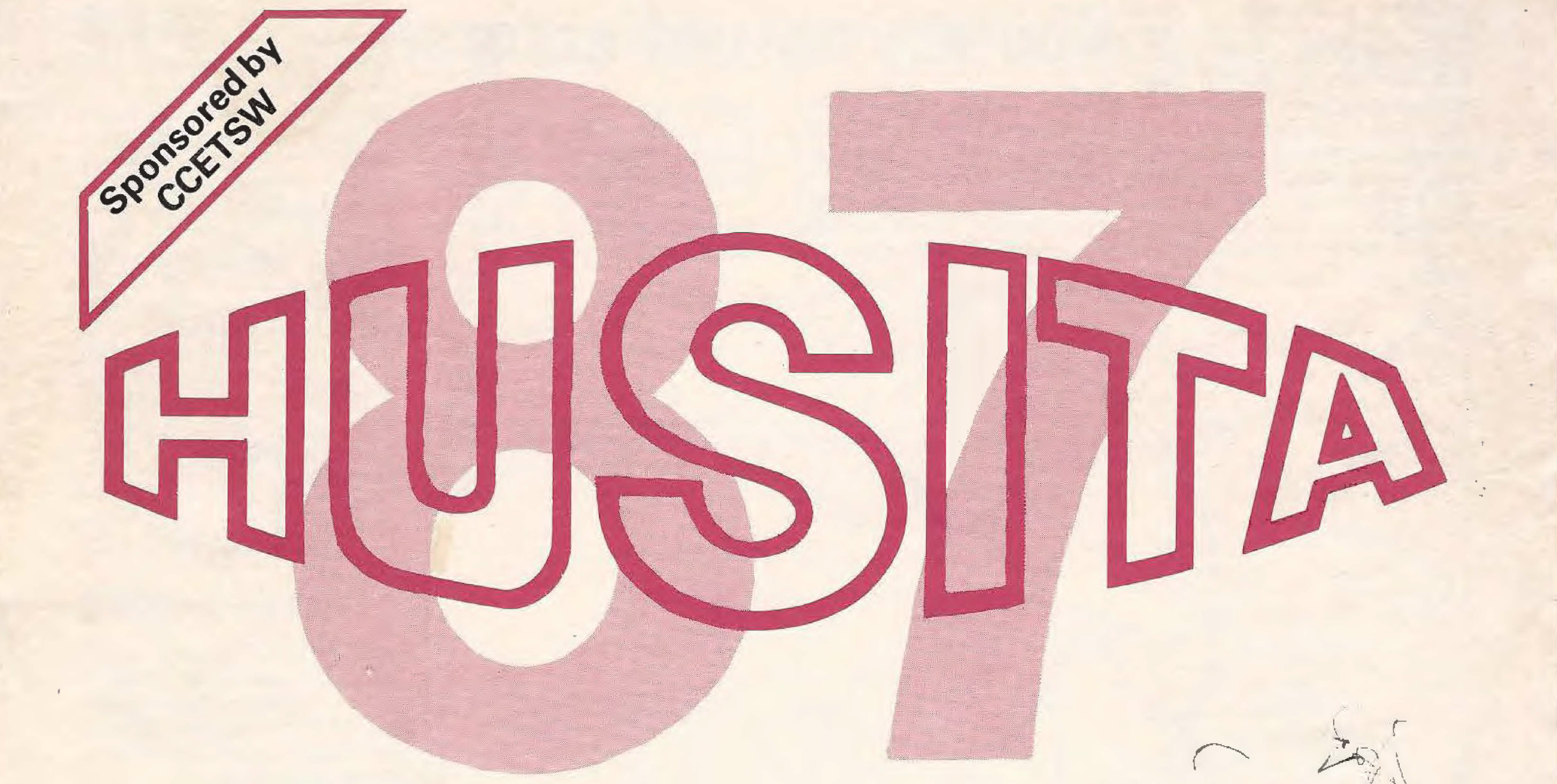 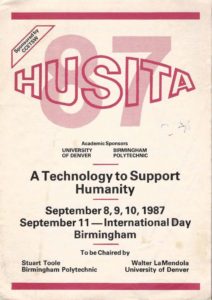 Thirty years ago – in Birmingham, England – the first husITa international conference was co-chaired by Walter LaMendola (University of Denver) and Stuart Toole (Birmingham Polytechnic). Over three days, from the 8th till the 10th of September 1987, several hundred delegates from 17 countries participated in over 100 human service technology presentations.

In the conference programme notes Toole (1987) described the intentions and the need for husITa with the following words:

We are…convinced of the value of information technology for the future of human services. The majority of our colleagues in our professions still look on this field as rather esoteric and distanced from the true nature of the caring professions. It is my personal belief that we must convince them, as their inaction will result in resources being placed elsewhere – and their ill-informed applications of IT will result in systems which do not model human service value systems. (p.3)

Afterwards, on the 11th of September 1987, delegates formed a working group to decide the feasibility of an international body to highlight the importance of human service computing, to guide developments, and to foster international co-operation; and so, husITa was founded.

The broad themes of the husITa 1987 conference would be recognisable in contributions to any human service technology conference today: information technology and the consumer; empowerment; privacy, information ownership and codes of practice; policy development and administration; direct use with clients and automated assessment; system design and development; and technology transfer and the third world. However, although networks and electronic communication was a topic at the conference, the primary emphasis was on microcomputers and information systems rather than networked technologies or the internet. It is worth bearing in mind that, at the time of this inaugural conference, the internet existed but it would be another two years before Tim Berners Lee invented the world wide web. The real digital revolution was still waiting in the wings.

The husITa 1987 event, with its emphasis on computers and information systems, was focused on technological forms associated with what Schwab (2015) has called the third industrial revolution. Klaus Schwab – Founder and Executive Chairman of the World Economic Forum – argues that the world has experienced four industrial revolutions (Schwab, 2015). The first harnessed steam power to drive mechanical production processes. The second combined electrification with the division of labor to enable mass production. The third was driven by the rise of electronic circuitry, information technology and automated production processes. The world is now, according to the Schwab (2015), entering a fourth industrial revolution powered by cyber-physical systems, technologies that have become embedded in everyday life and are accentuating, amplifying and extending human capacities “It is characterized by a fusion of technologies that is blurring the lines between the physical, digital, and biological spheres”.

Whether the phenomena described by Schwab warrant a whole new historical period to account for them is open to debate. Rifkin (2016) broadly agrees with Schwab’s account of the changes, but argues they are merely the continuation of digitization, “The Third Industrial Revolution — the digital revolution — has yet to reach its vast potential, making it far too early to declare it over and done.” (Rifkin, 2016).

Whatever historical phase we are in, there is little doubt about the continuing impact of technology on economic, social, cultural and political life. New technology, and the digitization of everything, will continue to affect human services for the next thirty years.

The board of husITa has taken the opportunity provided by our anniversary to revise and update our goals. We hope you will join us in pursuit of:

a world where information technology is harnessed by the human services to promote and support social good and human wellbeing.

Thank you to all of the colleagues who have contributed to the activity of husITa over the last thirty years, and to those who will join us to build the husITa of the future. There is much work to be done.

Schwab, K. (2015). The Fourth Industrial Revolution: what it means and how to respond. Foreign Affairs, 1–7. Retrieved from https://www.foreignaffairs.com/articles/2015-12-12/fourth-industrial-revolution