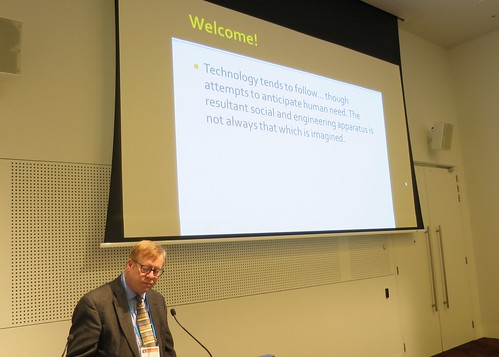 The aging of civilization in the developed countries, and many developing countries, that are considered technically advanced, is well underway. Some developed countries, such as the United States, are beginning to realize the need to create alternative and innovative methods of caring for, and maintaining, the functioning and health needs of the elderly, in the absence of sufficient numbers of younger indigenous caretakers, within these aged population countries. The need to import and train sufficient labor, including social work practitioners, to operate existing social institutions and care for the aging is creating a number of general social problems

According to (International Wealth Solutions, 2008) the world population, of above age 65 years, was expected to increase from 6.9% in the year 2000 to 19.3% by the year 2050. However, population growth is expected to slow with decreases in fertility rates.  The already large aging population in the United States, estimated at 12.3% in the year 2000, will be increasing to 21.1% and peaking earlier by the year 2035. As a result, there may be insufficient numbers of available laborers to service either the needs of the elderly, or in some cases, society as a whole.

Please use the reply section below to comment on and discuss this paper.