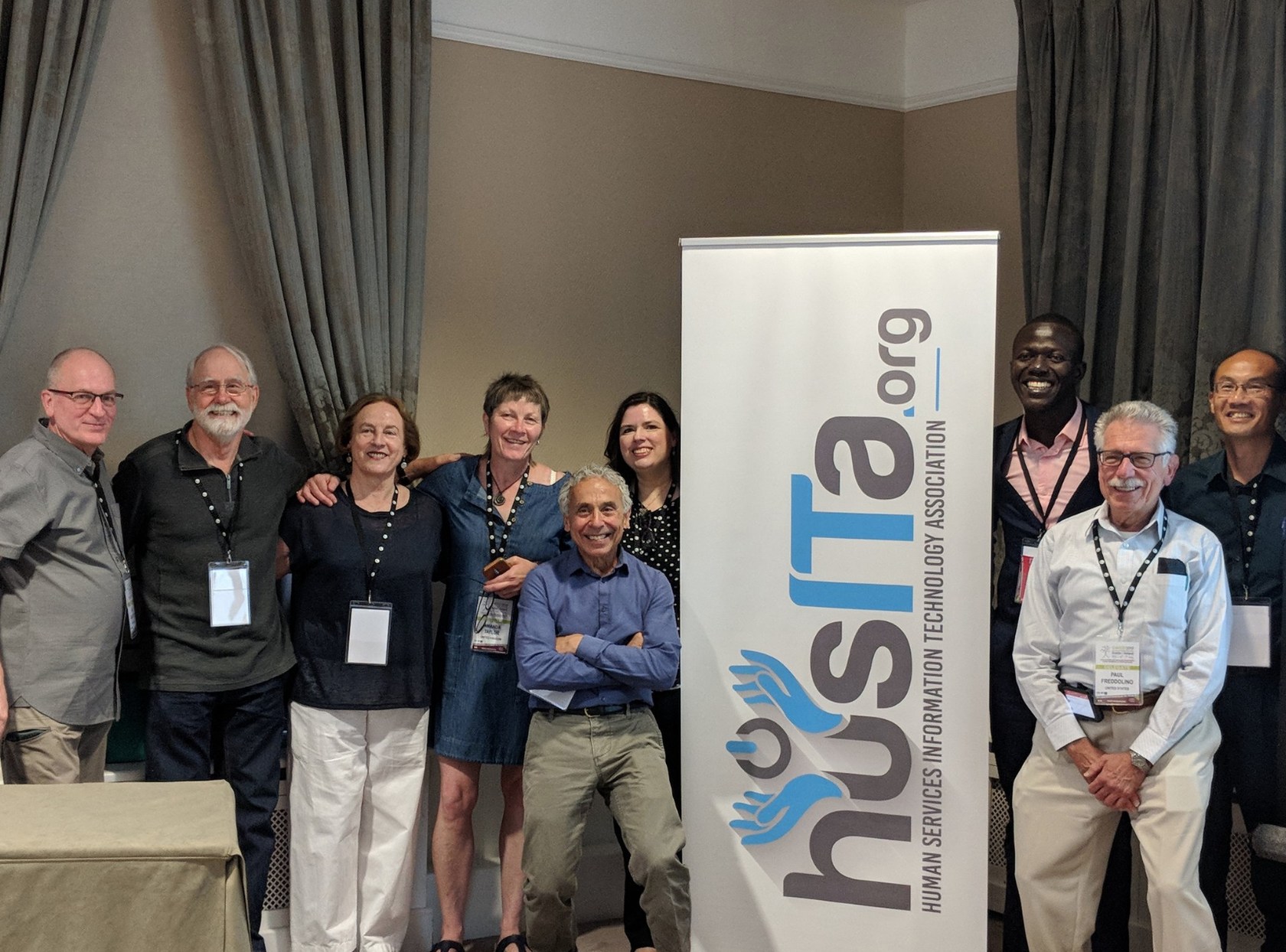 Report on Dublin conference for husITa Board Meeting

Neil suggested the event had gone very well. He and Board members were generous in their thanks to Ann in her role as local organiser. The following observations were shared:

1. A dedicated room was important. The Royal Dublin\ Society (RDS) is a vast complex and some sessions of the main conference were scheduled in large spaces which were curtained off. Having requested a room for approximately 100 delegates, it was agreed that the room ‘Dodder B’ had worked well. The unexpected heatwave was a challenge but windows could be opened!

2. Some Board members expressed the view that the paperless programme is a welcome idea but the App was hard to navigate.

3. It was suggested that it would have been useful to have a pdf of husITa sessions each day.

4. It was a matter of regret that email addresses of delegates attending sessions were not secured as a way of encouraging them to join husITa.

5. Melanie was thanked for purchasing and transporting the new husITa banner which it was felt really enhanced the room. The purchase of a second banner was recommended as it could be placed outside the door of the room.

6. Branding was discussed and it was agreed to purchase husITa cards to distribute at the next conference.

7. The journal should have booth space at the next conference. This will involve payment for the person who will attend the stand.

8. It was recognised that issues around technology were addressed in other disciplinary streams in the main conference such as child welfare. This needs to be addressed further.

9. The guidelines for conducting sessions were clear and useful. It was noted that one 60 minute session was unexpectedly free and Dick moderated a most interesting discussion.

10. It was recommended that a ‘wrap up’ session at the end of each day at future conferences would be helpful.

11. A reception where people can circulate informally should be considered for future conferences.

12. A policy on tweeting during the conference is essential; it was observed that delegates tweeted photographs during the conference. This should have involved informed consent. It was noted that not everyone might be happy with their photo and location being circulated. Cheung pointed out that Twitter is not used in Asia where Facebook is the platform of choice. A policy on tweeting should be developed for the next conference and offered to host
organisers.

13. Options for 2020: IFSW will be in Calgary, IASSW in Italy. Neil spoke in Dublin to the Dean at Calgary with a view to husITa going to Calgary as 2018 was in Europe. Neil suggested that someone from the Calgary organisers be invited to join the husITa Board in the lead up to 2020. It was pointed out that Canada has a good technology tradition which makes it attractive as a choice of venue for the next conference.

I am happy to share my experiences as the husITa link person with the Local Organising Committee (LOC) in Dublin. There was a great deal of work involved for Neil and me in planning for Dublin. In recognition of this work the LOC waived the registration fee for us both.

(a) Drafting the initial letter of request to the host organisation to have husITa offer a stream;

(b) Making personal connections with the LOC so that husITa requirements were recognised. John Brennan (Chair of LOC) was very supportive;

(c) Securing a suitable room in view of the limitations of some spaces in the venue, particularly in regard to acoustics;

(d) Organising the Call for Abstracts, securing Reviewers and designing the Conference Schedule. I heard after the conference that the husITa sessions were regarded as particularly well sequenced, the sessions were very well conducted, those who chaired sessions were engaged and authoritative, kept strictly to the time schedule and engaged the audience;

(e) Organising the Field Visit. This was more complicated than at first appeared. I consulted with UCD colleagues about the programme. The husITa visit was offered as one of the conference Field Visits. Forty five delegates signed up for the Visit. UCD provided refreshments and a small gift for each delegate and gave me four copies of John Henry Newman’s The Idea of a University (Newman founded UCD) for husITa. I gave the four UCD staff who contributed to the Field Visit a token each in recognition of their help in planning the event;

(f) Organising the husITa 30th Anniversary Dinner. Some husITa founders were not registered for the conference. Day Passes were required for them to enter the conference venue, travel on the bus to the Field Visit and participate in the Networking Session. I was asked to organise the purchase of a cake and its delivery to the Clayton Hotel where tables were reserved for 25 husITa members to celebrate the Anniversary. Brian Horgan who is a member of husITa listserv was helpful in providing transport and taking photographs;

(g) Since the conference ended Neil and I maintained contact with the official conference organiser (MCI) to ensure that recordings of husITa sessions were preserved until a proposal was presented to the husITa Board on purchase of the recordings. This matter was concluded successfully. Neil will report on plans for access to the recordings;

(h) Gloria and I were invited to co-edit a Special Issue of the journal of Technology in Human Services. We issued a Call for Papers for the journal in advance of the Dublin conference. We sent reminders of key dates for submission of papers following the conference, of key dates for review of papers and notification of acceptance for inclusion in the special Issue. Twelve papers have been received and we are in process of review. We appreciate support of Board members who have agreed to act as reviewers;

Finally, I would like to thank most warmly Board colleagues who chaired the husITa sessions in Dublin. In the main conference there were many problems about chairing, effortlessly. I felt greatly supported during the conference and I was able to enjoy it despite my concern that all aspects would go well. It was great to meet Board members face to face. We all appreciated the opportunity to engage with founders: Dick Schoech, Walter LaMendola, Jackie Rafferty, Jan Steyaert, Hein de Graaf and meet former Board members: Jo Ann Regan and Paul Freddolino.

My thanks to Neil for all his support and for posting a report and photographs on the husITa website.

← Vote for five new board members
The future of social work: A bibliography →
%d bloggers like this: